Throughout my career as a photographer, I have produced tens of thousands of images that have both intellectually and emotionally lured the viewer through the surface and into an illusionary two-dimensional space.
When approaching a photograph, there is an anticipation and expectation of being transported to another time, a moment that no longer exists. This is the true nature of a photograph—illusionary space filled with information and knowledge–where time has stopped, and memory lives on. I view the surface of a photograph as a line in space which separates reality from illusion.

Within the photograph, illusion exists as a reference to something that engages our mind. Before the surface lies reality, a physicality that is made up of actual space, objects, light, and ourselves. While there is a natural tendency to slip into the illusion, an acknowledgment of objects also readily occurs, especially within a gallery setting. However, more challenging to the viewer is the observation of light and the awareness of self within the space. In exploring this, I use light bulbs and the glass within the frame to accentuate the surface of the photographs. They also serve as an obstacle to an understanding of the photographs, impeding access into the illusion, and heightening the tension between these spaces.

Clearly Obscured: In Lightened Space is an exploration of the surface of the image and the liminal space that resides on either side. Considering one’s ability to be aware of both the illusion and reality simultaneously stand at the center of this work.

The title refers to the Enlightenment movement, which championed reason and science over the traditional theological understanding of our existence, acknowledging the viewers’ presence in a physical space with lights that illuminate the photographs more brightly, yet simultaneously obscure the understanding of them. 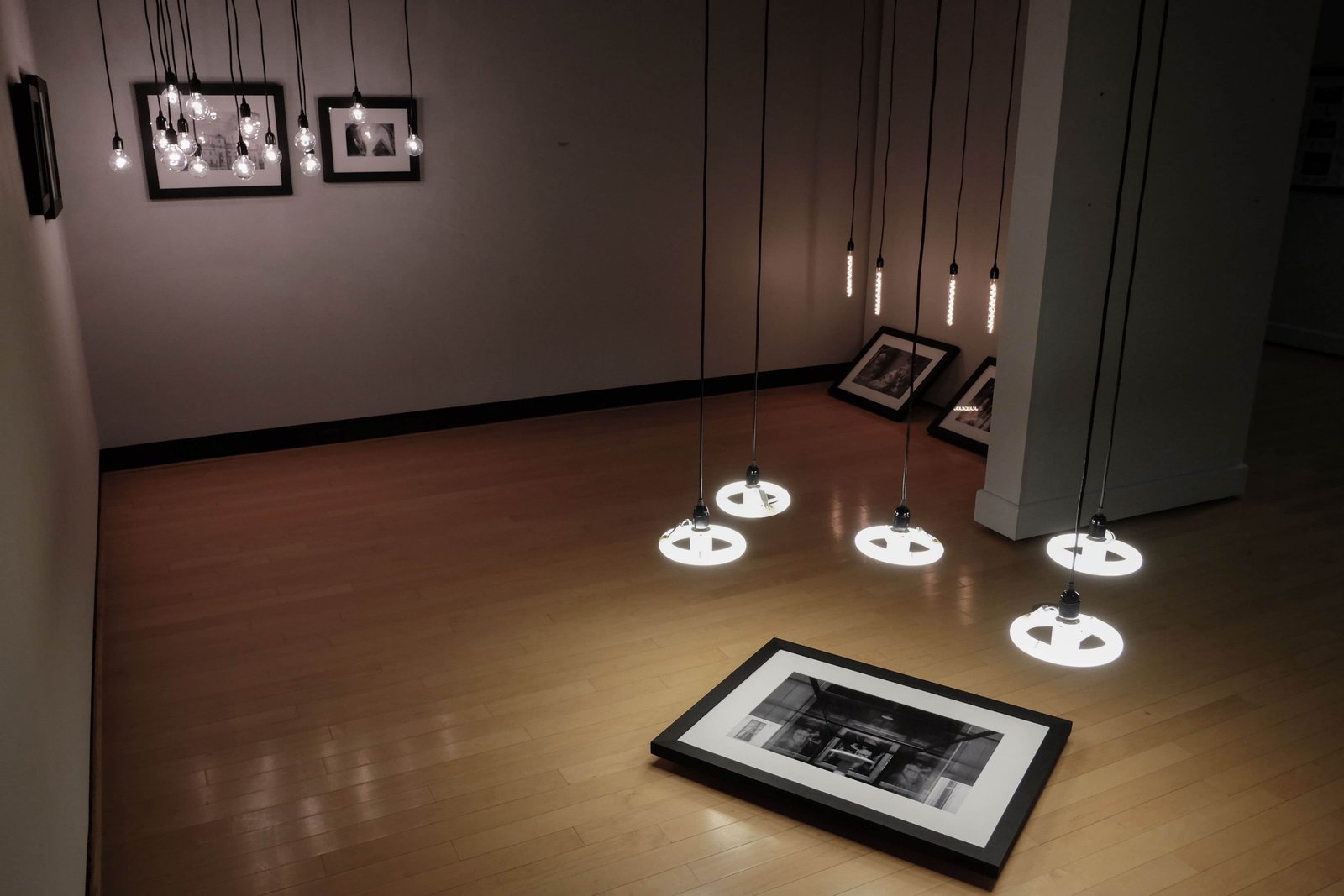 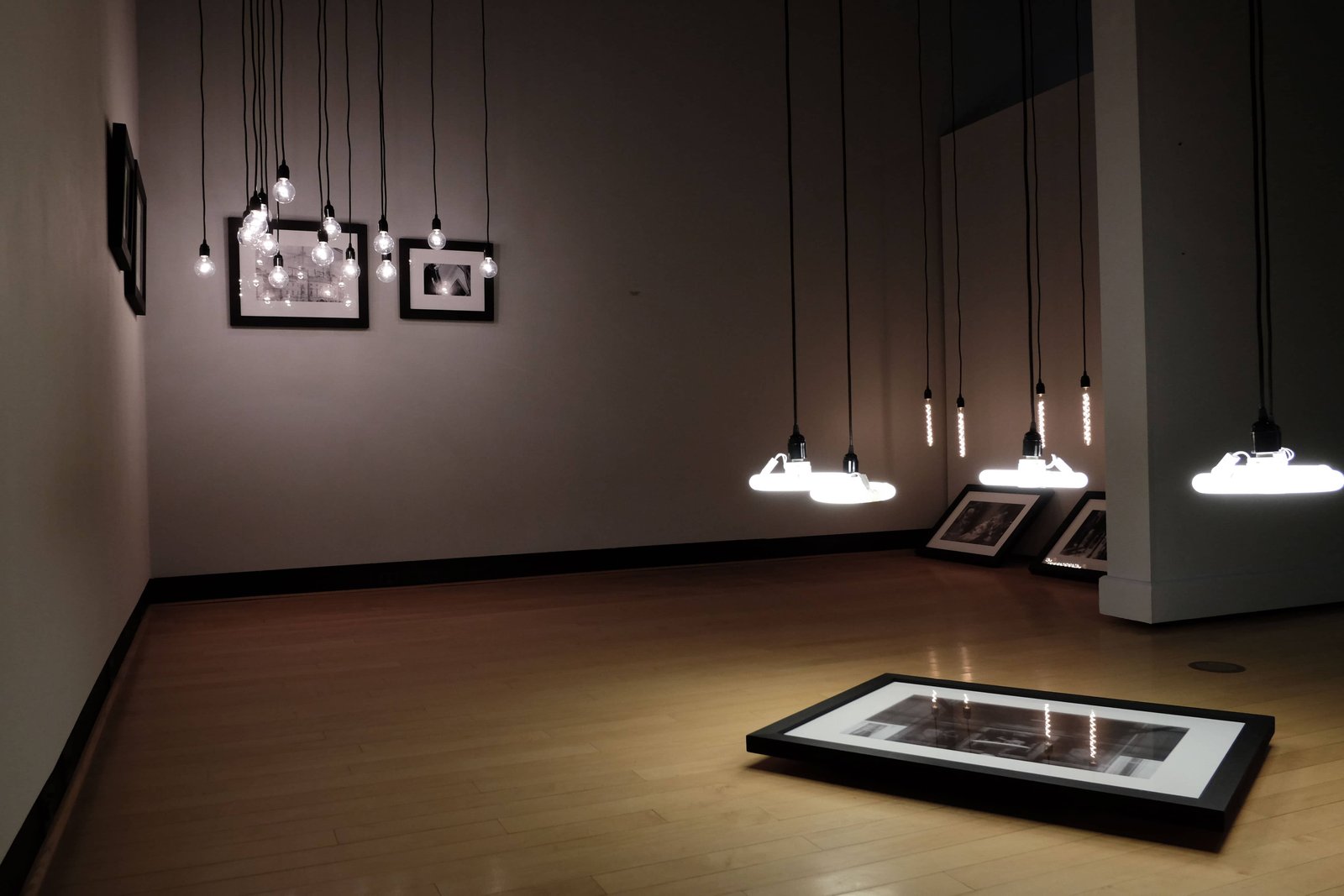 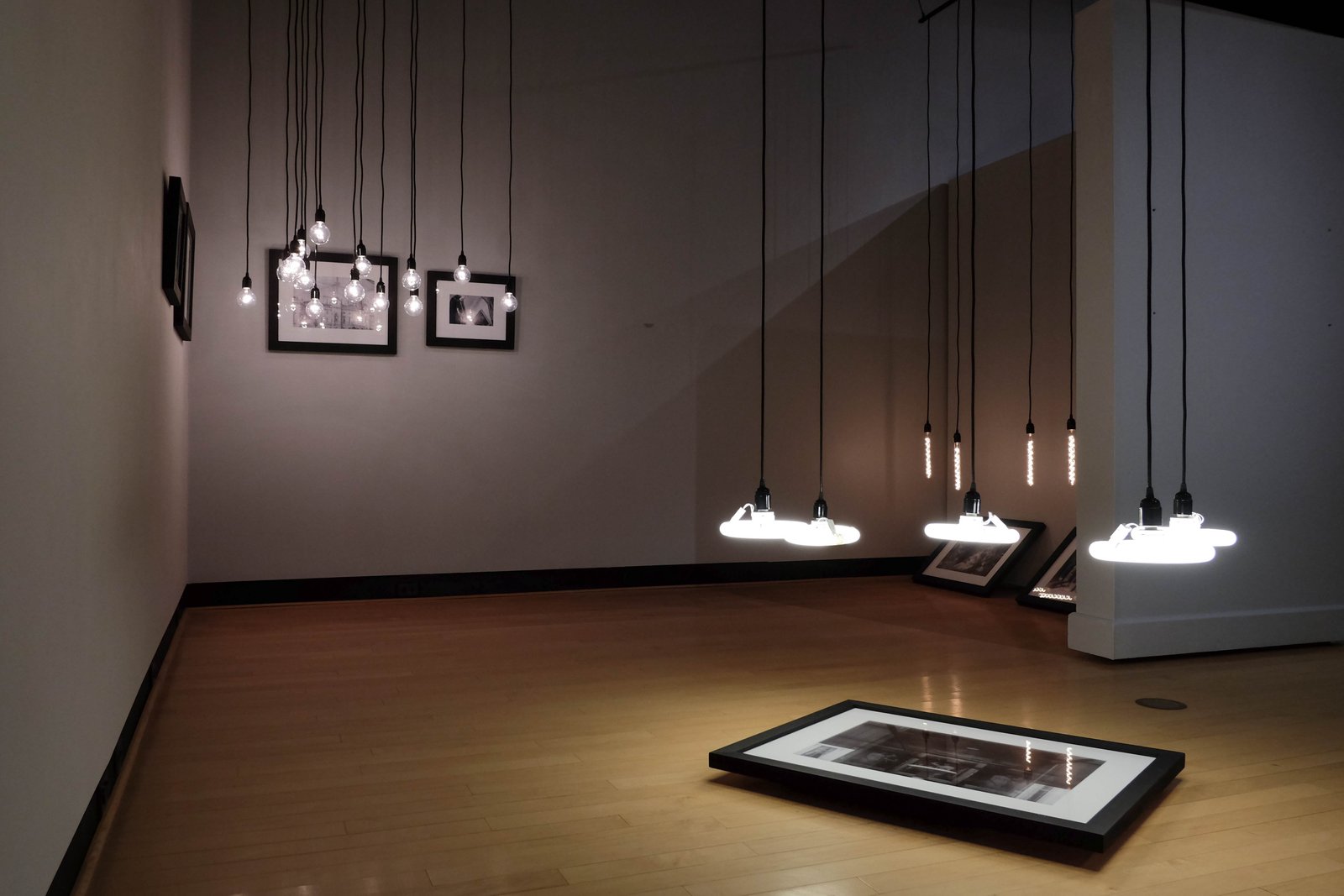 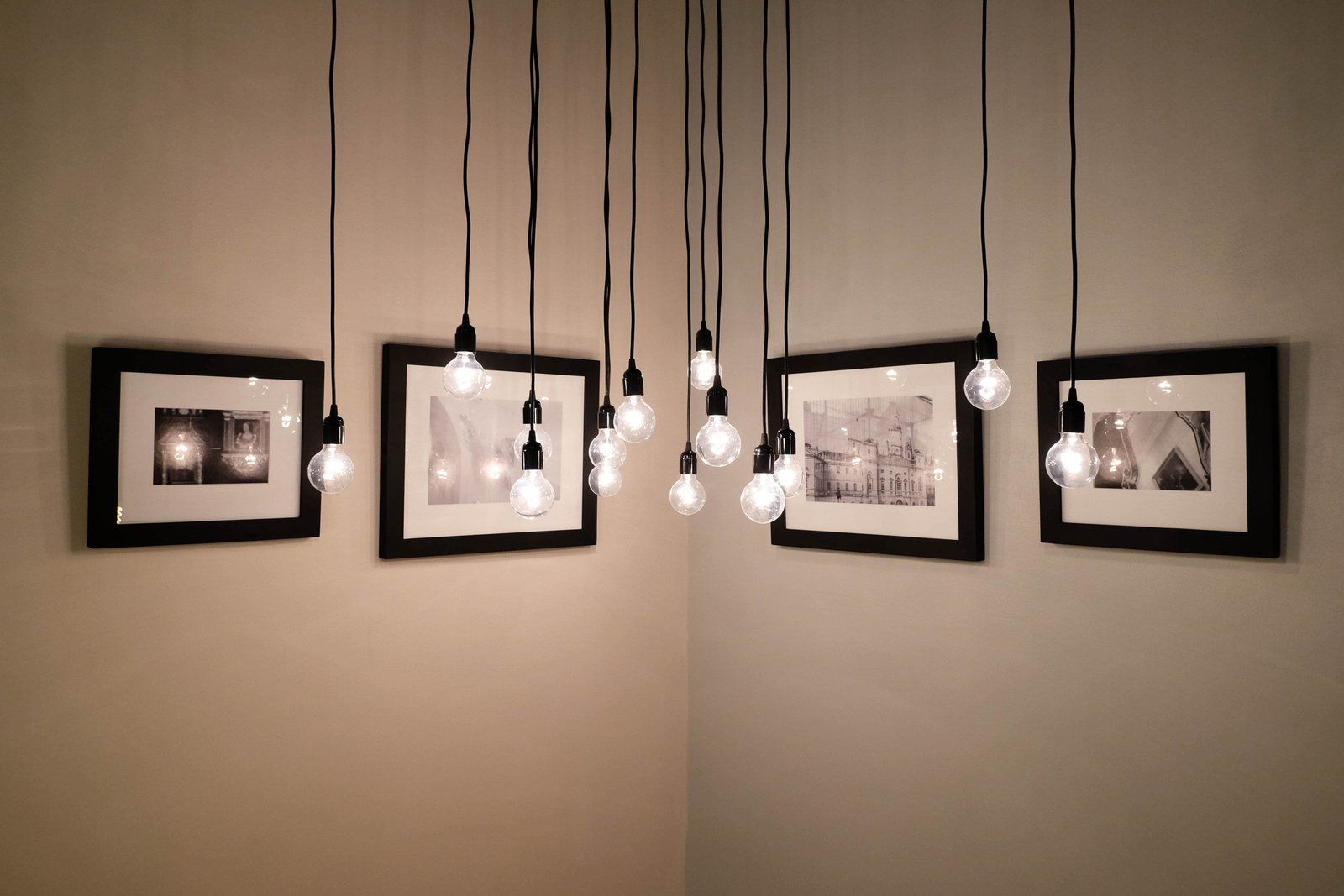 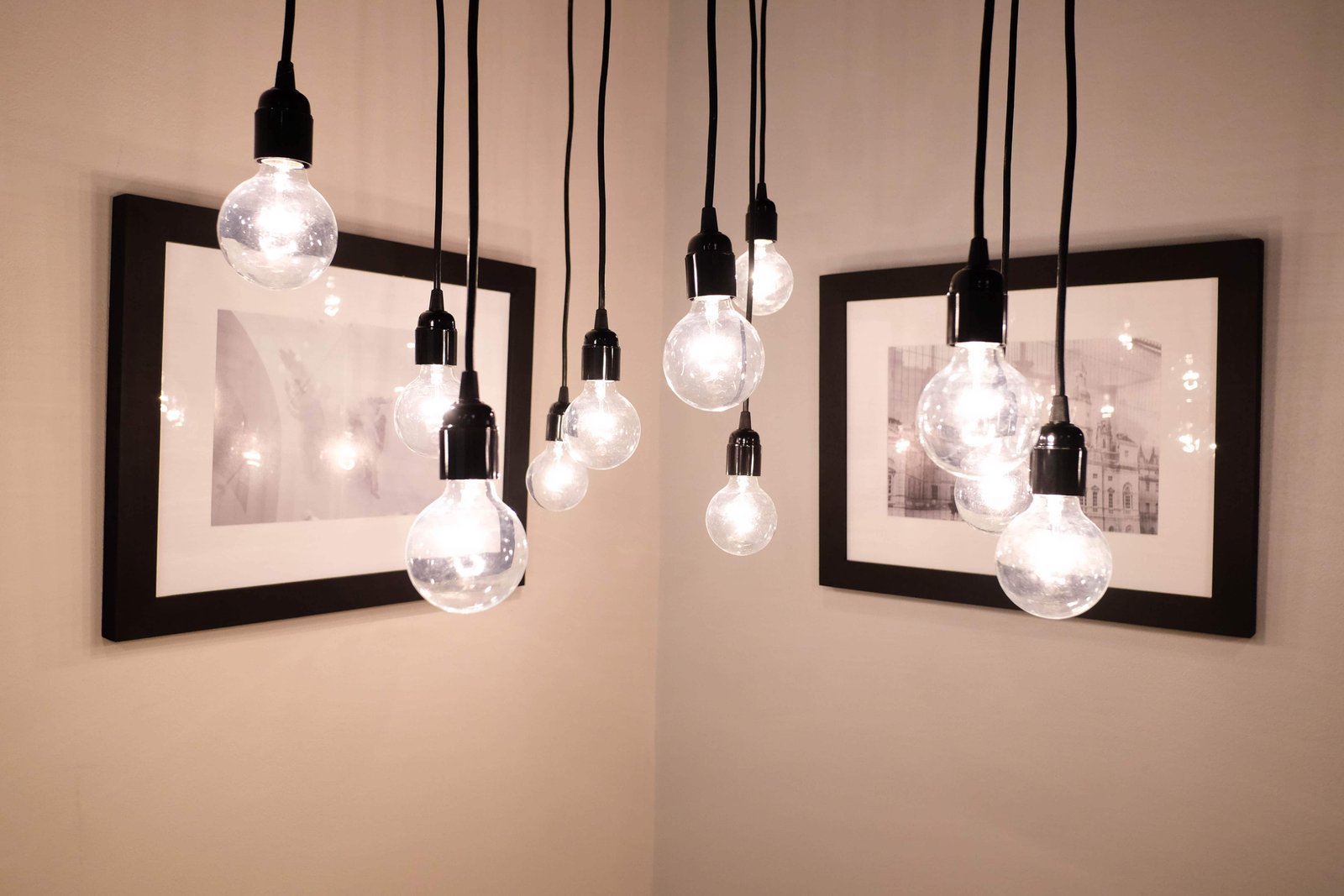 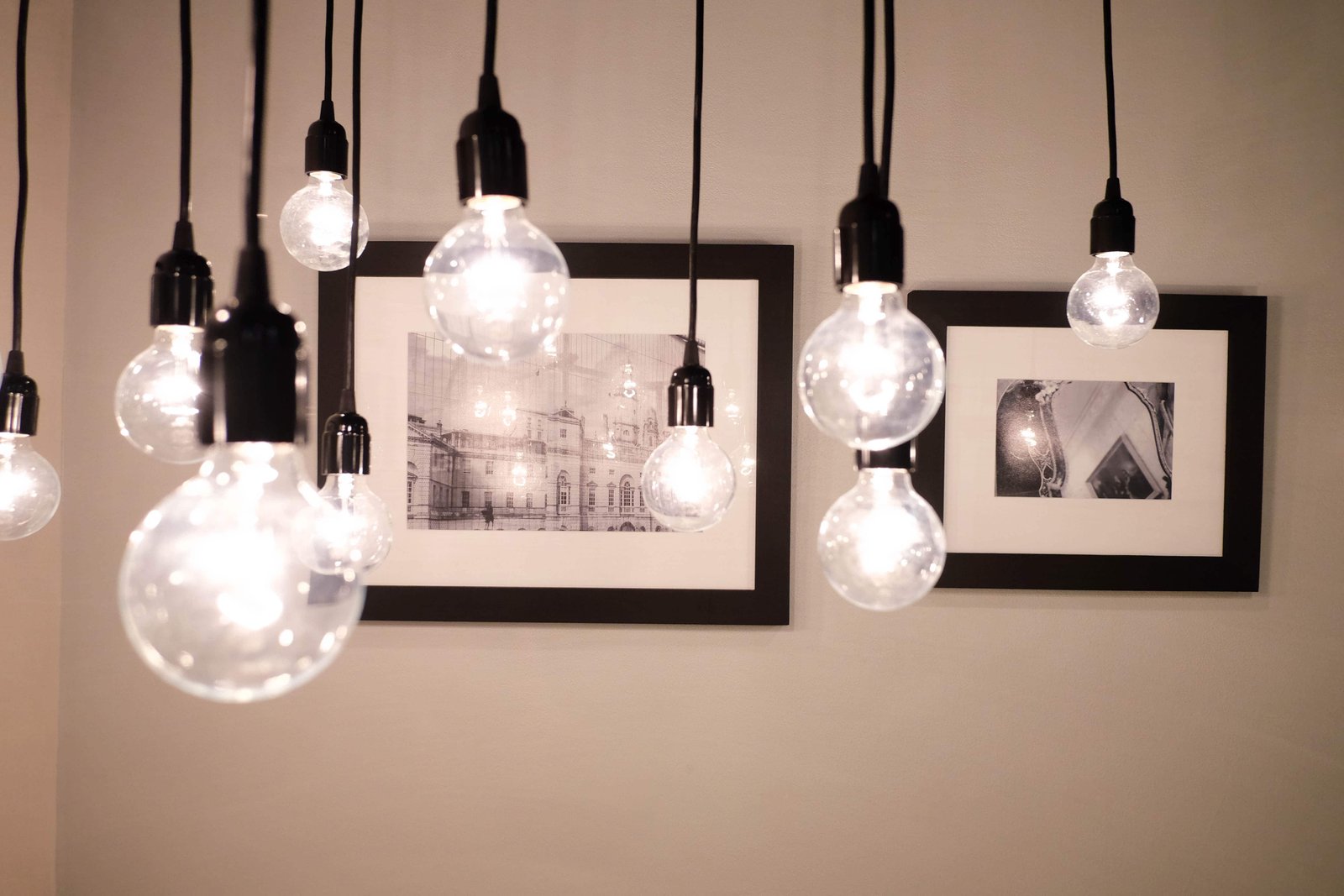 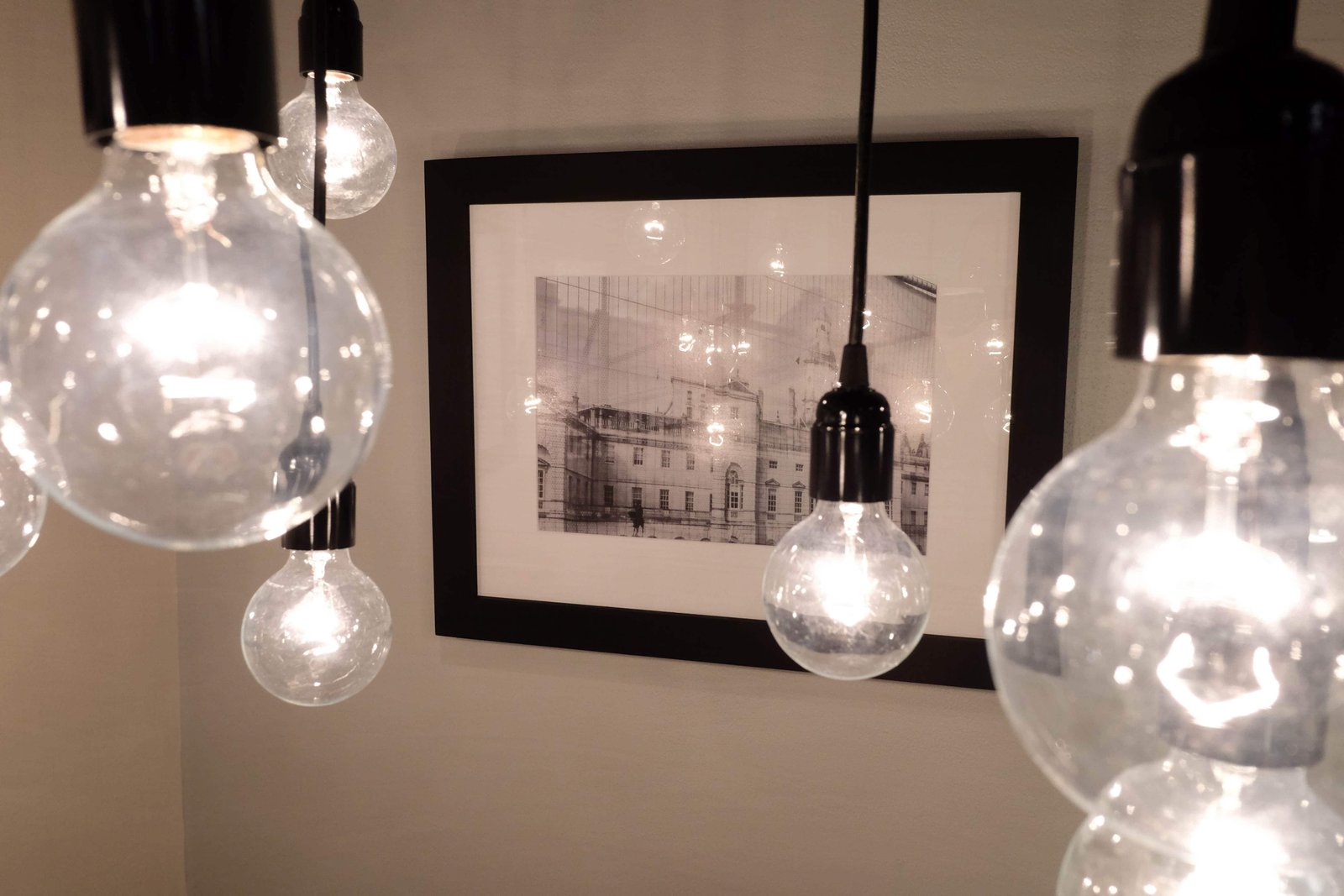 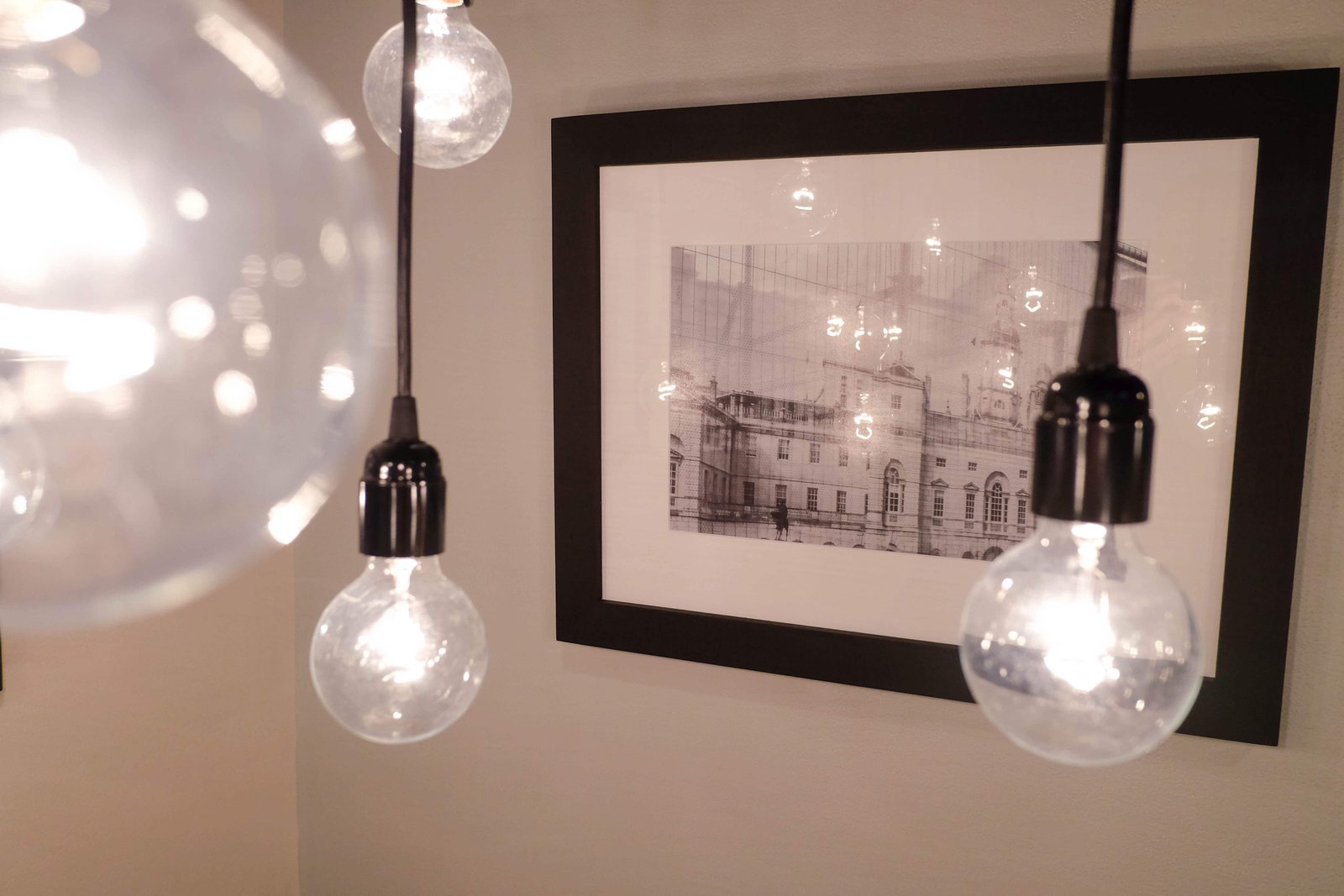 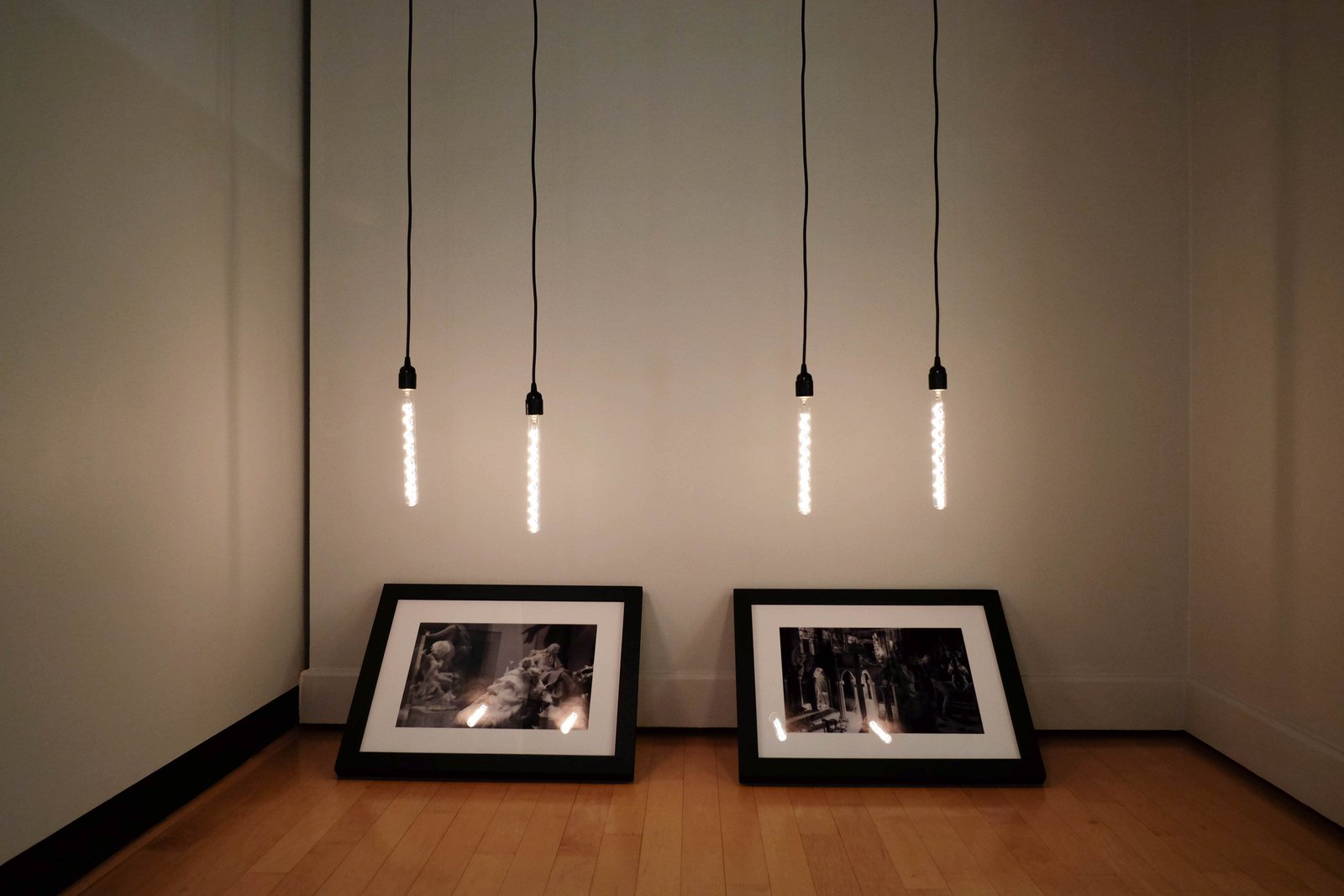 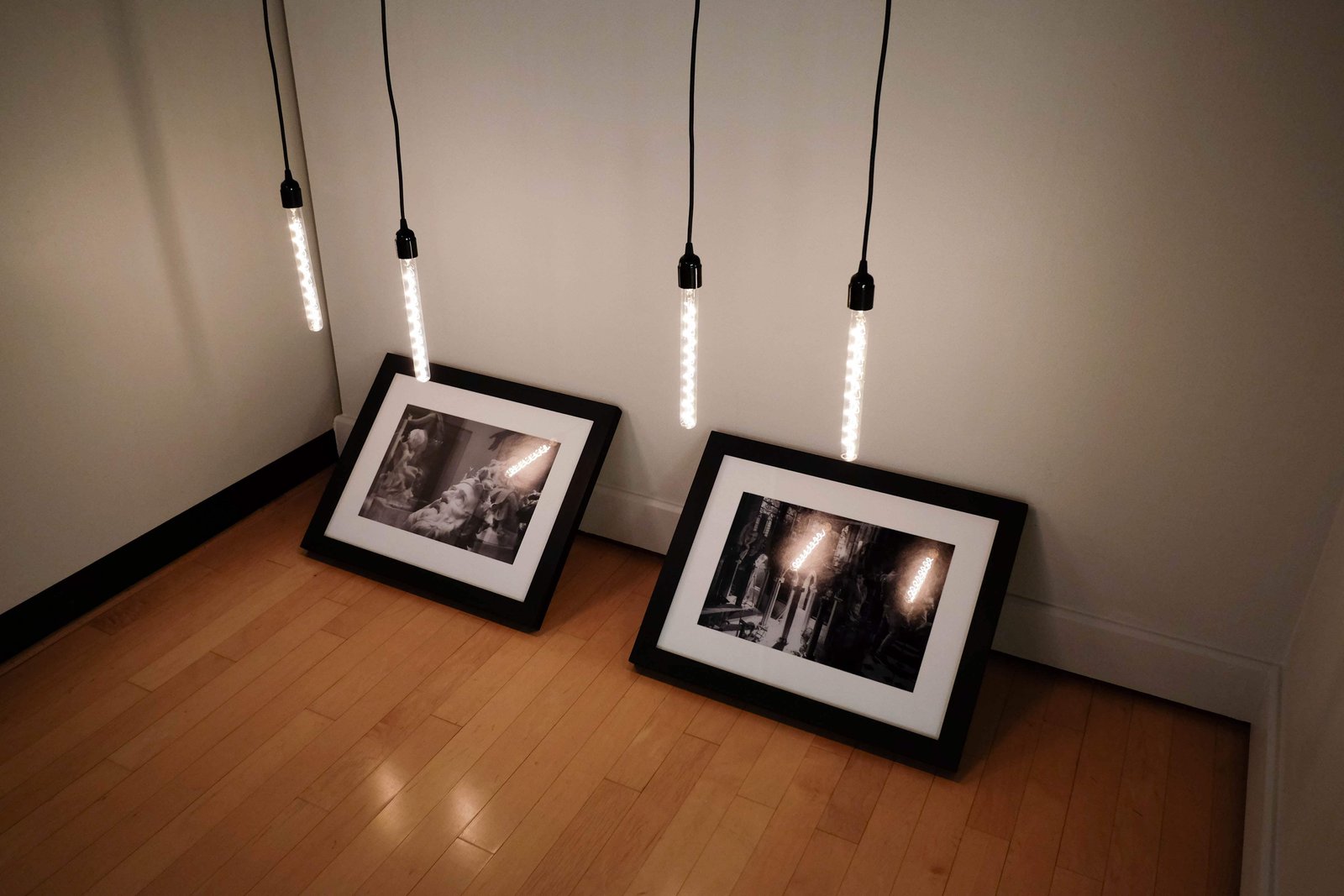 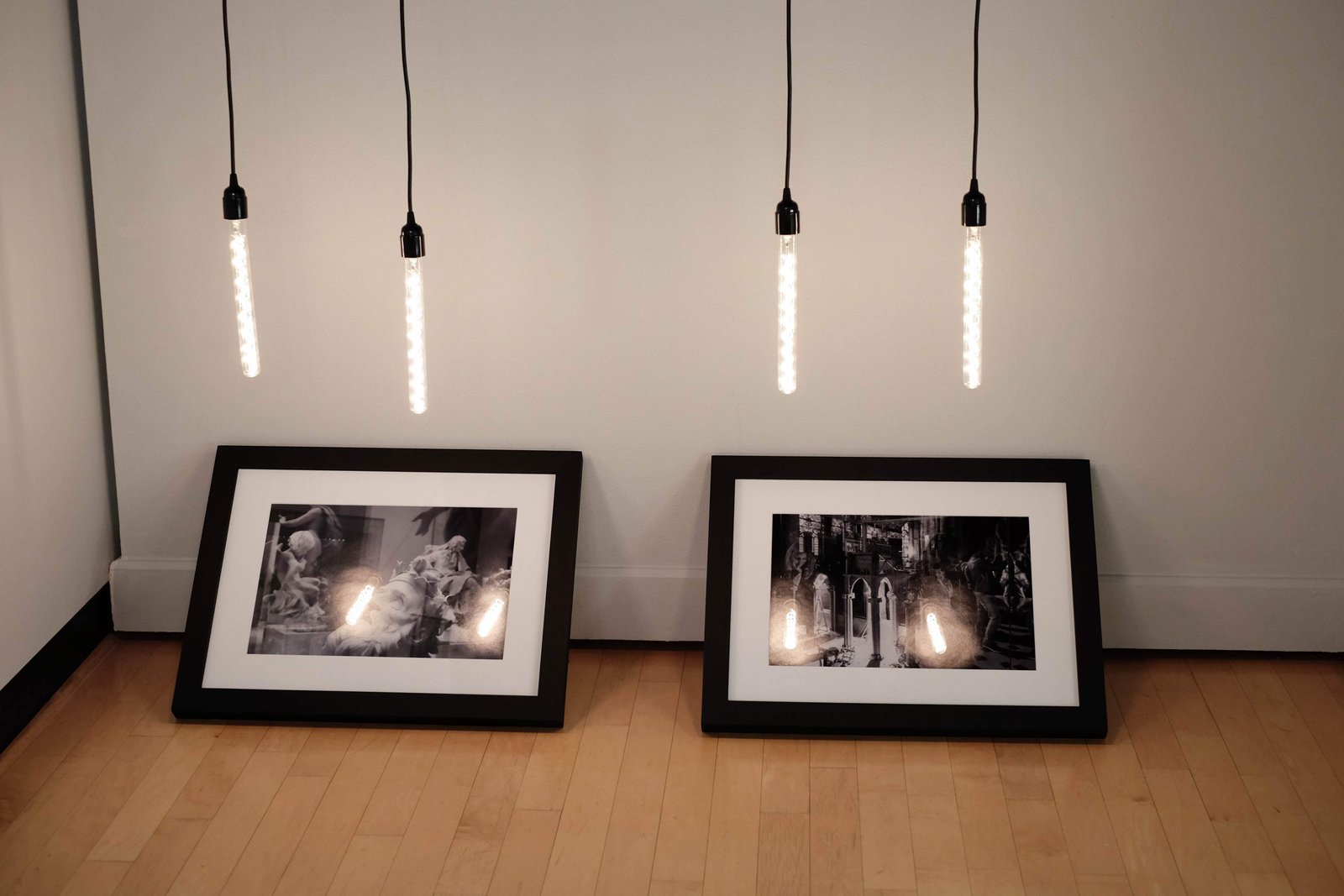 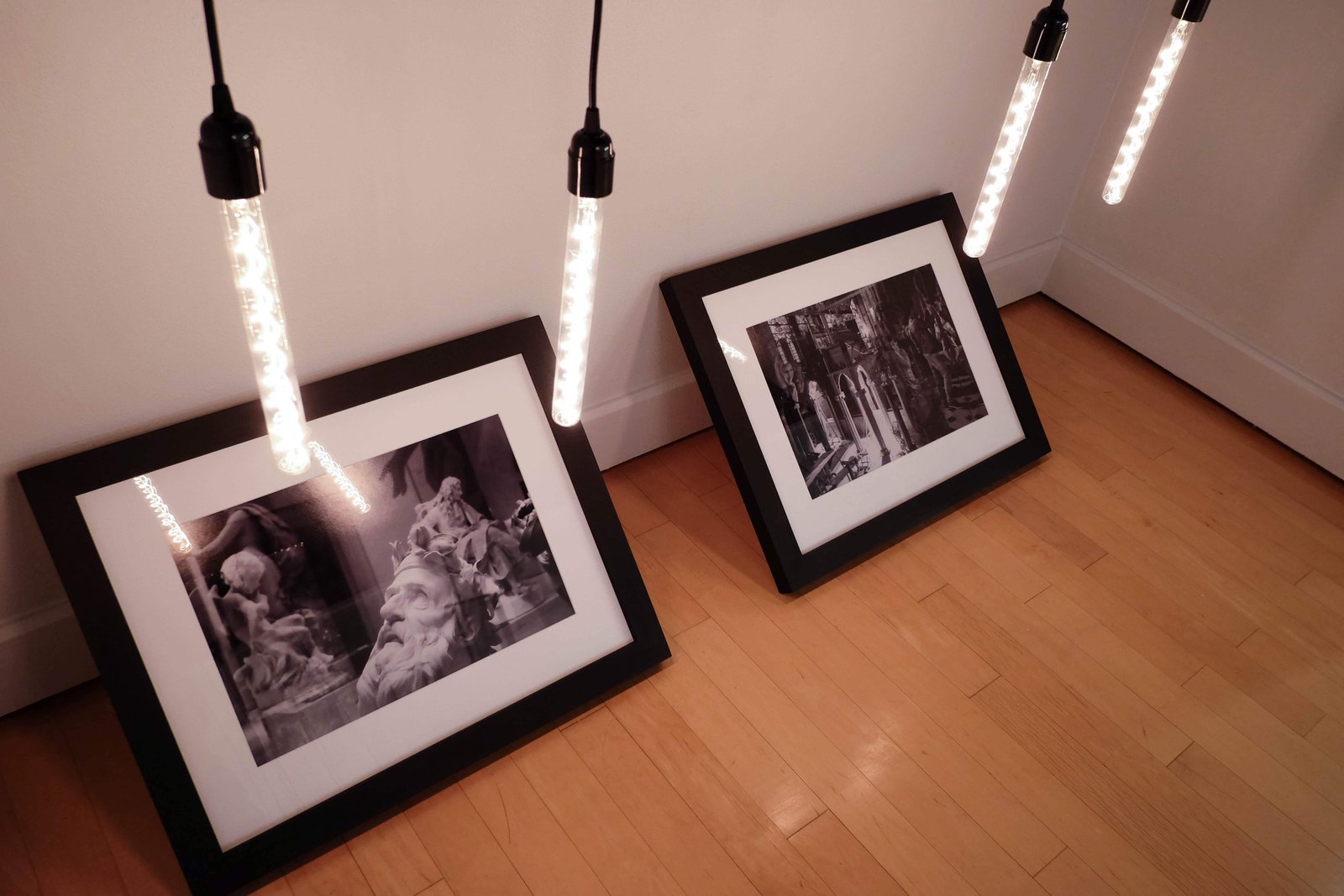 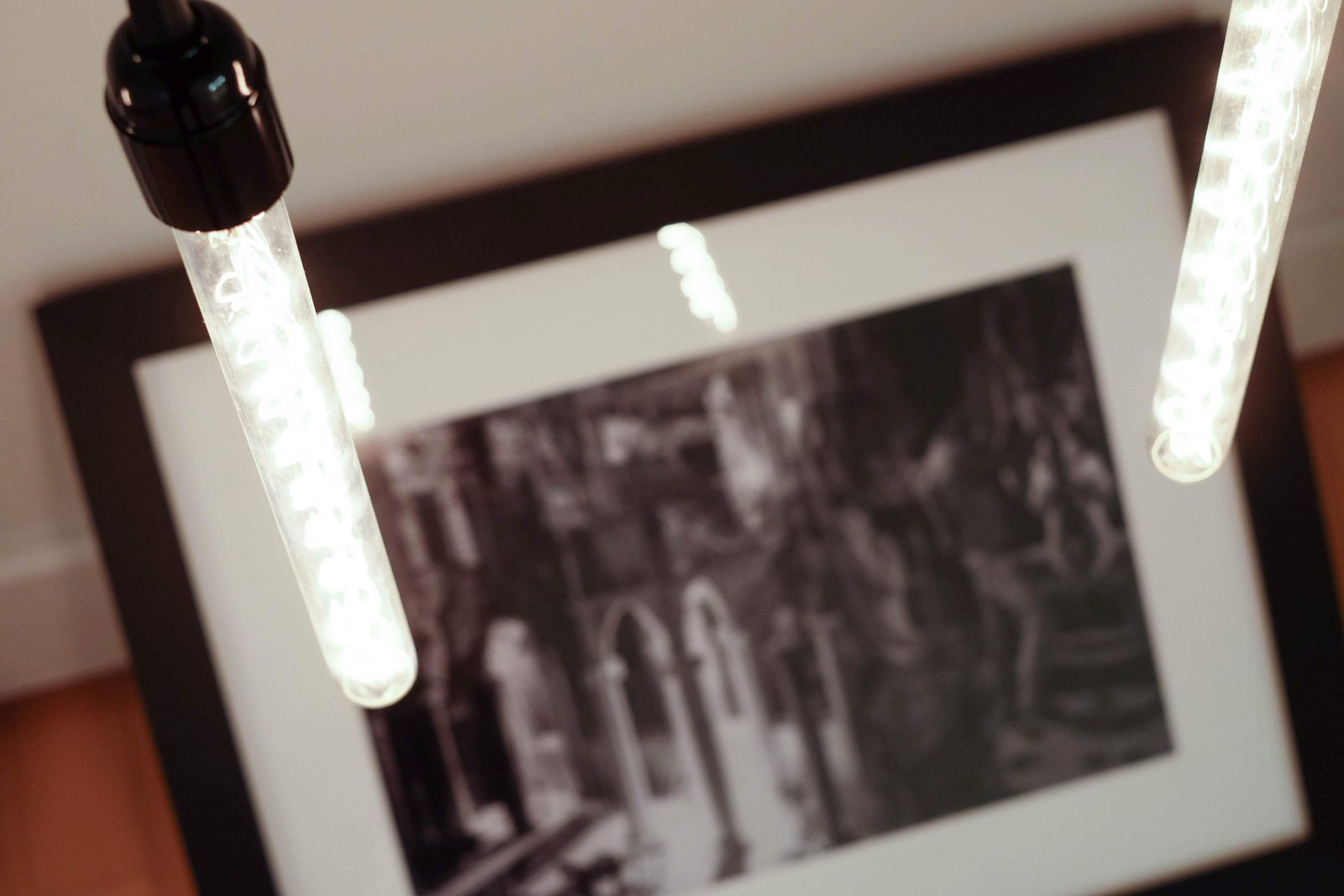 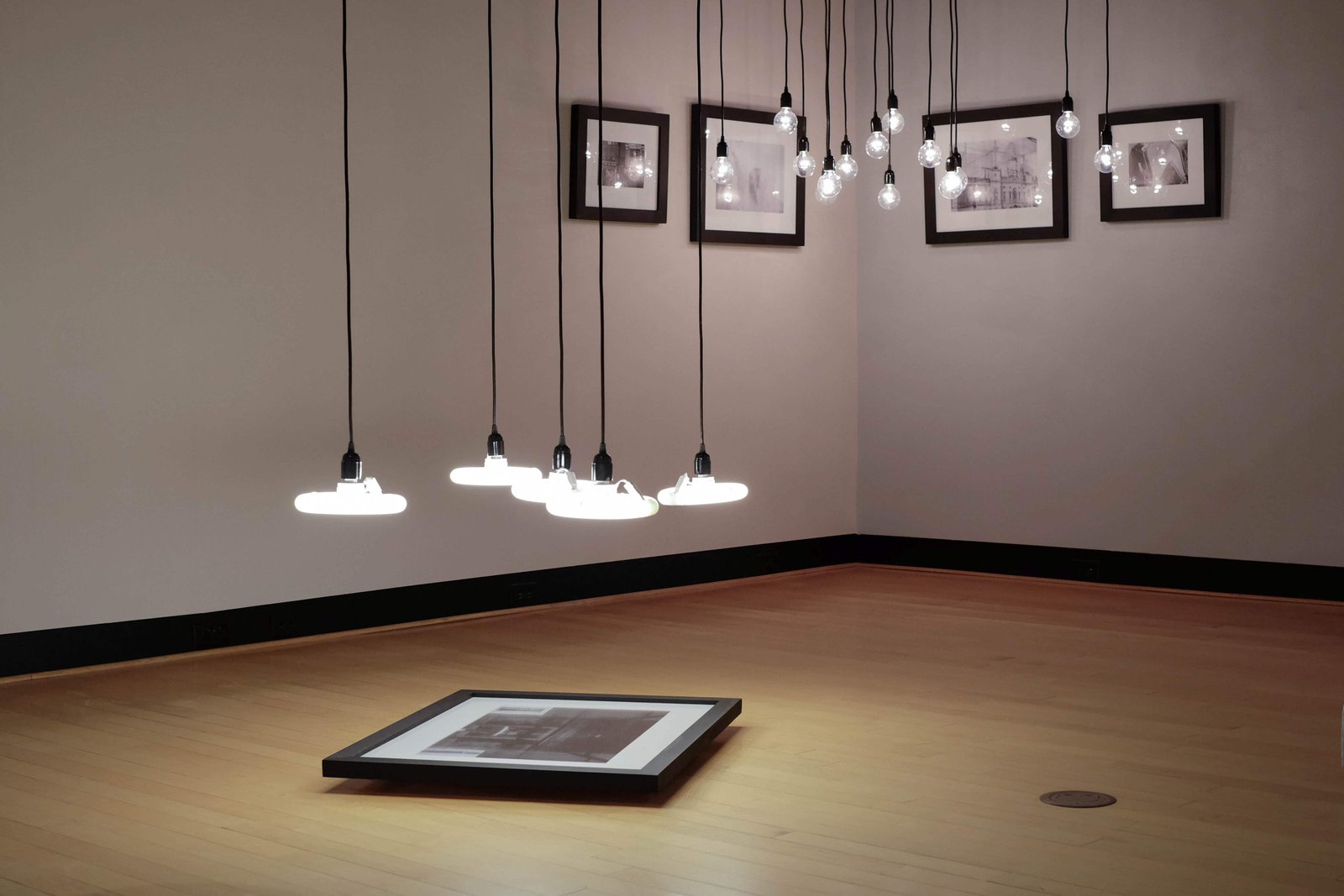 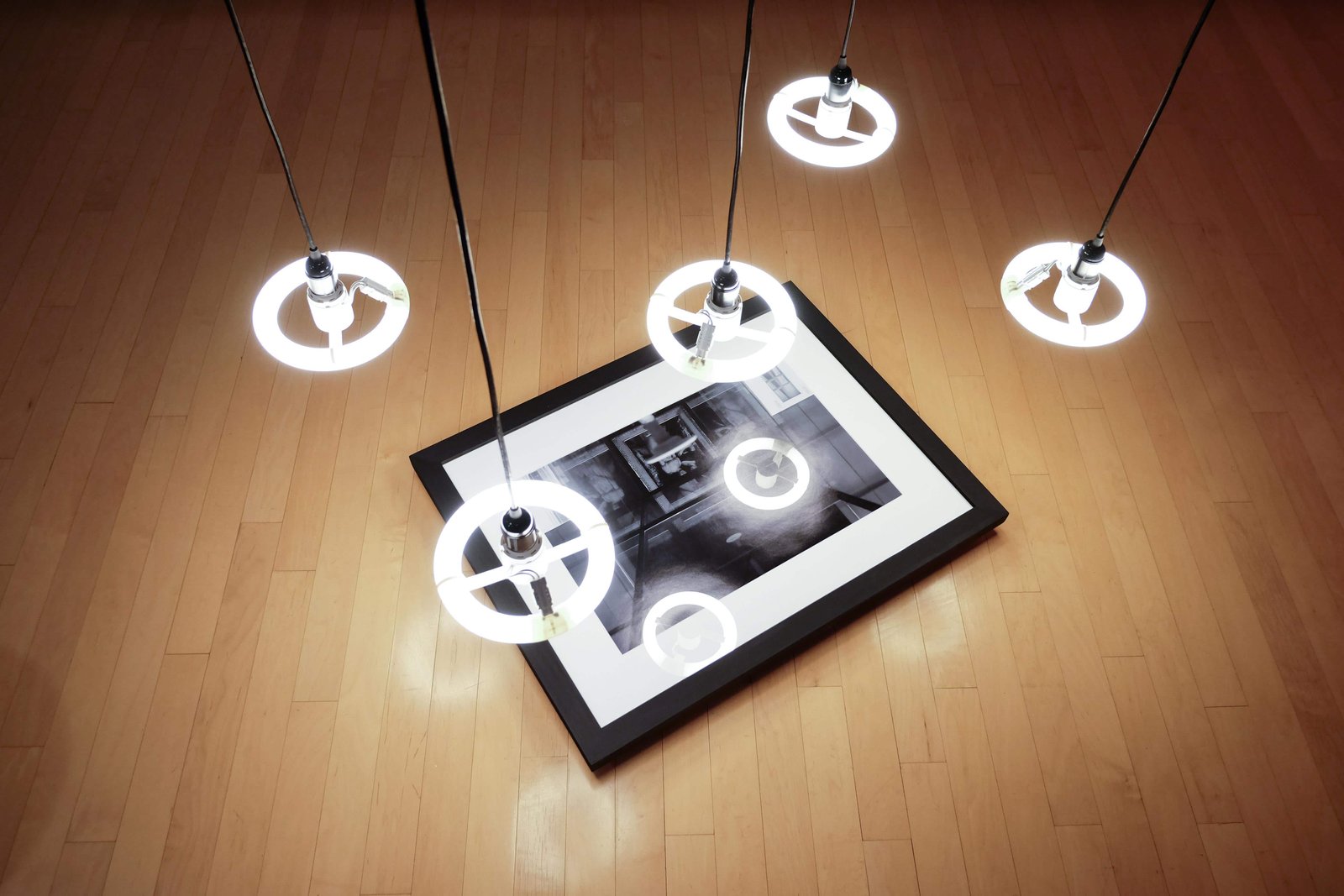 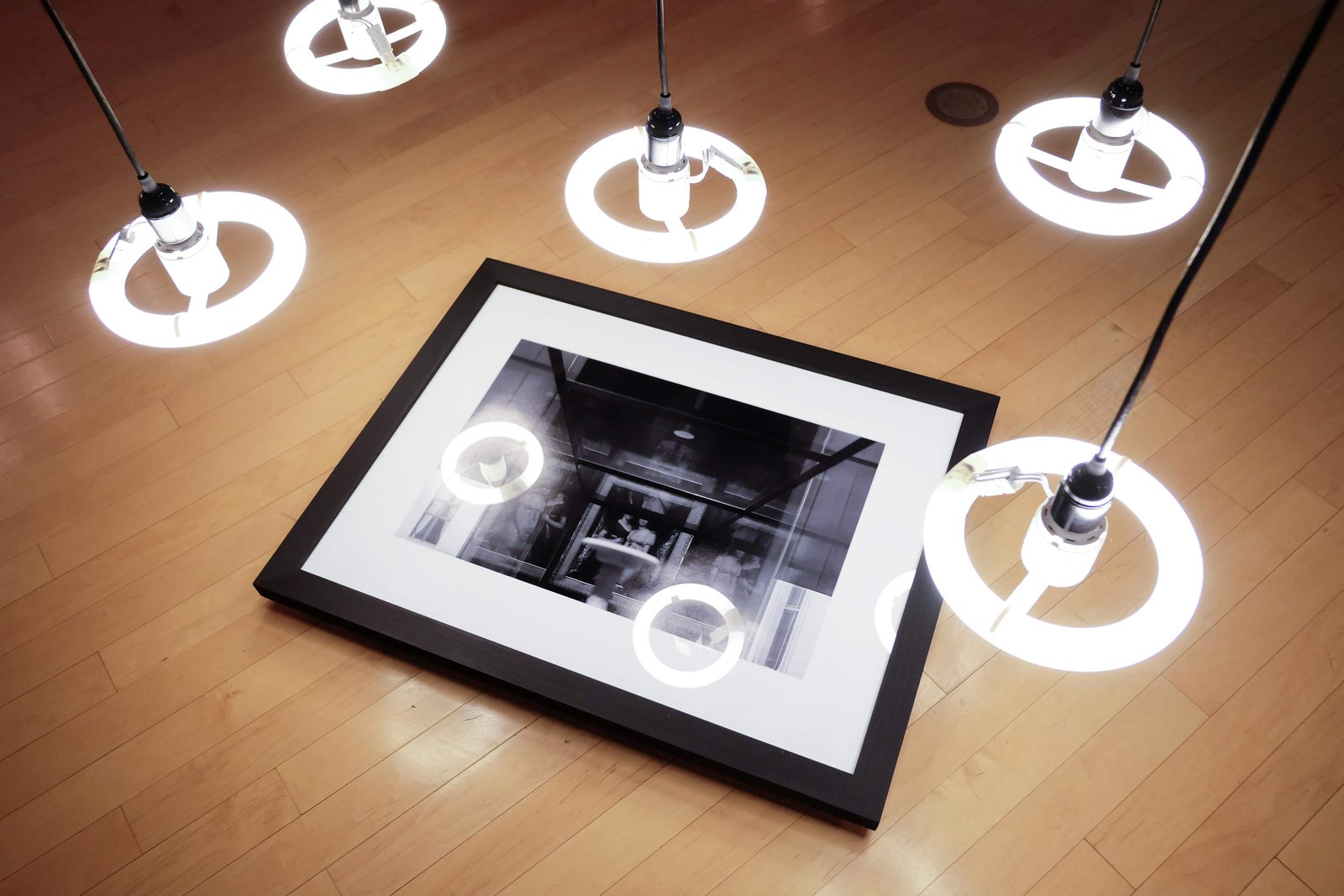