Visual modes of communication are being created and consumed at an ever-increasing rate in our contemporary culture. A 2015 New York Times article stated that Kodak announced consumers around the world had taken 80 billion photos in the year 2000. That number had increased to over one trillion annually by the year 2015 according to InfoTrends. Photographs undoubtedly permeate and influence nearly every aspect of our lives, including politics and social justice, finance and leisure, health and education, as well as our memories and emotions. Photographs–until recently–existed as an analog medium in the form of negatives and prints. Today, they reside and are viewed primarily within some mode of digital media; most never materializing into a physical state. In this research, I explore how we experience and relate to photographs. I examine a viewer’s perception of the image–via multiple senses–as material, in contrast to how we relate to a nontangible image perceived through digital media. As our culture advances into a digital existence, I am curious as to what information is lost amidst the limitation of sensorial experience. Enhancing the 3-dimensional qualities of the 2-dimensional photographic medium, A Glass Clouds creates a physical experience of a photograph that is not readily achieved via a digital platform.A Glass Clouds aims to enhance a viewer’s awareness of the spatial attributes of a photograph. Thin strips of photographs are placed within long glass tubes which are then arranged into a complete image with a new meaning. Unlike the expected interaction with a photograph involving a single point of view, the cylindrical nature of the glass tubes creates multiple viewing points of the image, leading the viewer to engage the photograph from different angles. Furthermore, the arranged glass tubes introduce a unique sculptural context to the final piece. During a visit to the Corning Museum of Glass, the versatility of glass piqued my interest, most notably its benefits for fiber optics. Until now, I have appreciated glass only as a rigid and fragile material. However, after observing a demonstration with fiber optics, I learned that optical glass–in its near purest form–boasts an impressive tensile strength while displaying astonishing flexibility. Nevertheless, this remarkable material is rendered useless from a minor scratch on the fiber, causing it to snap at the slightest bend, revealing a brittle component to glass.  Glass, in optics, has played a major role in photography since its inception. Glass lenses brought clarity to visual information permitting the photograph to communicate more effectively. Now, optical glass–in the form of fiber optics–is the backbone of the information highway which transmits more than a trillion images every year. Therefore, in this project, I have chosen to use glass to symbolize the strength and fragility of the physical in the realm of the digital. 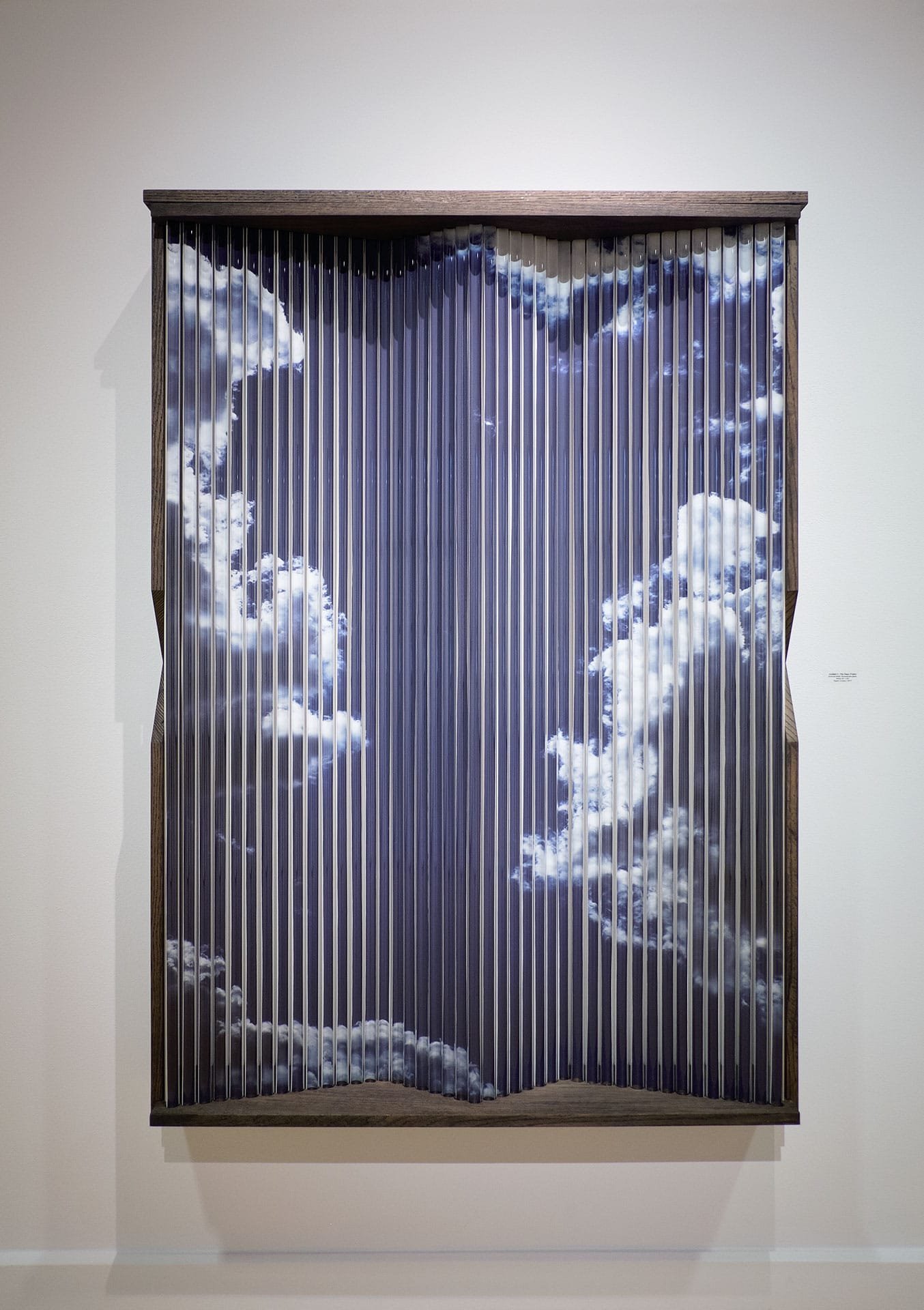 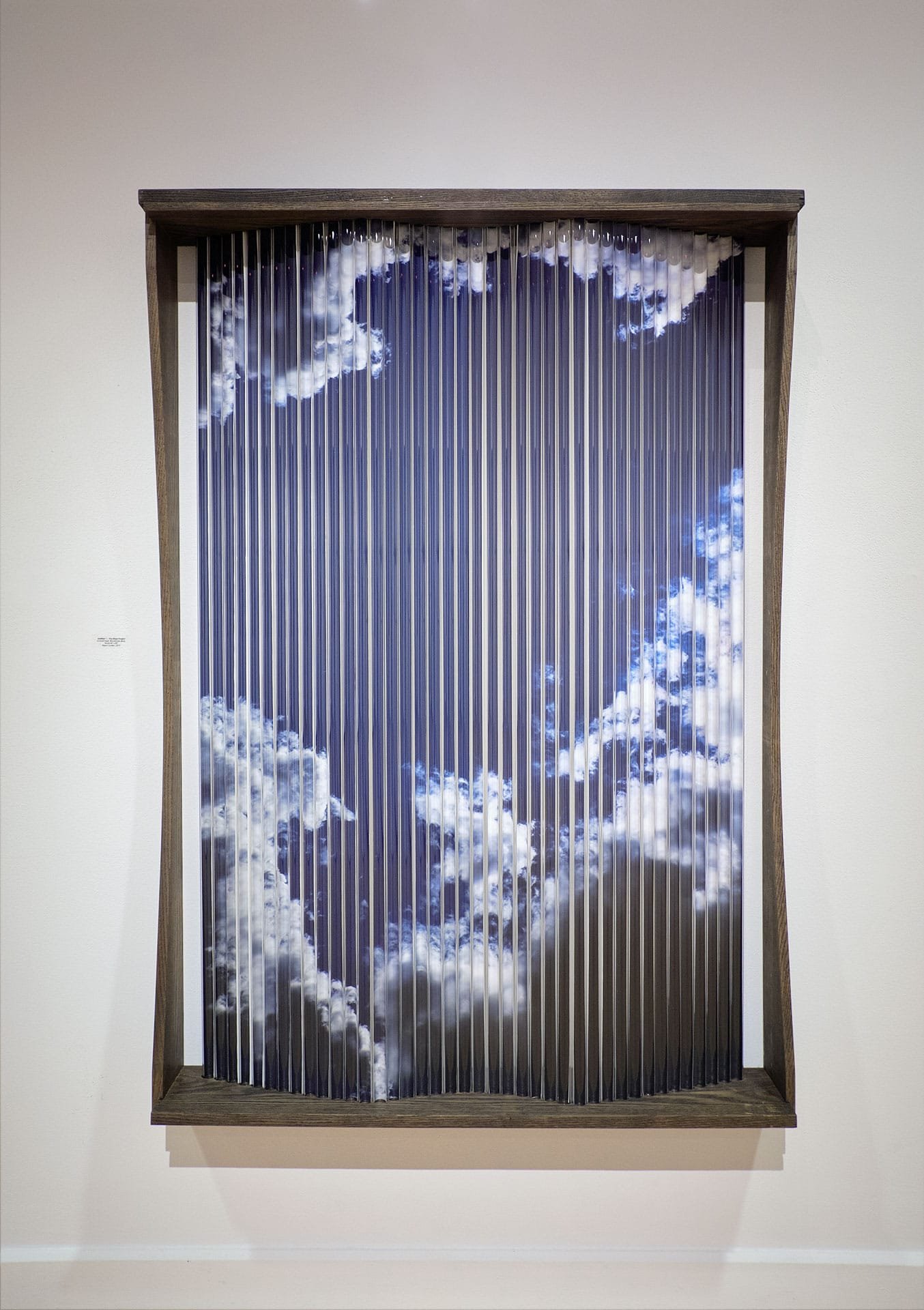 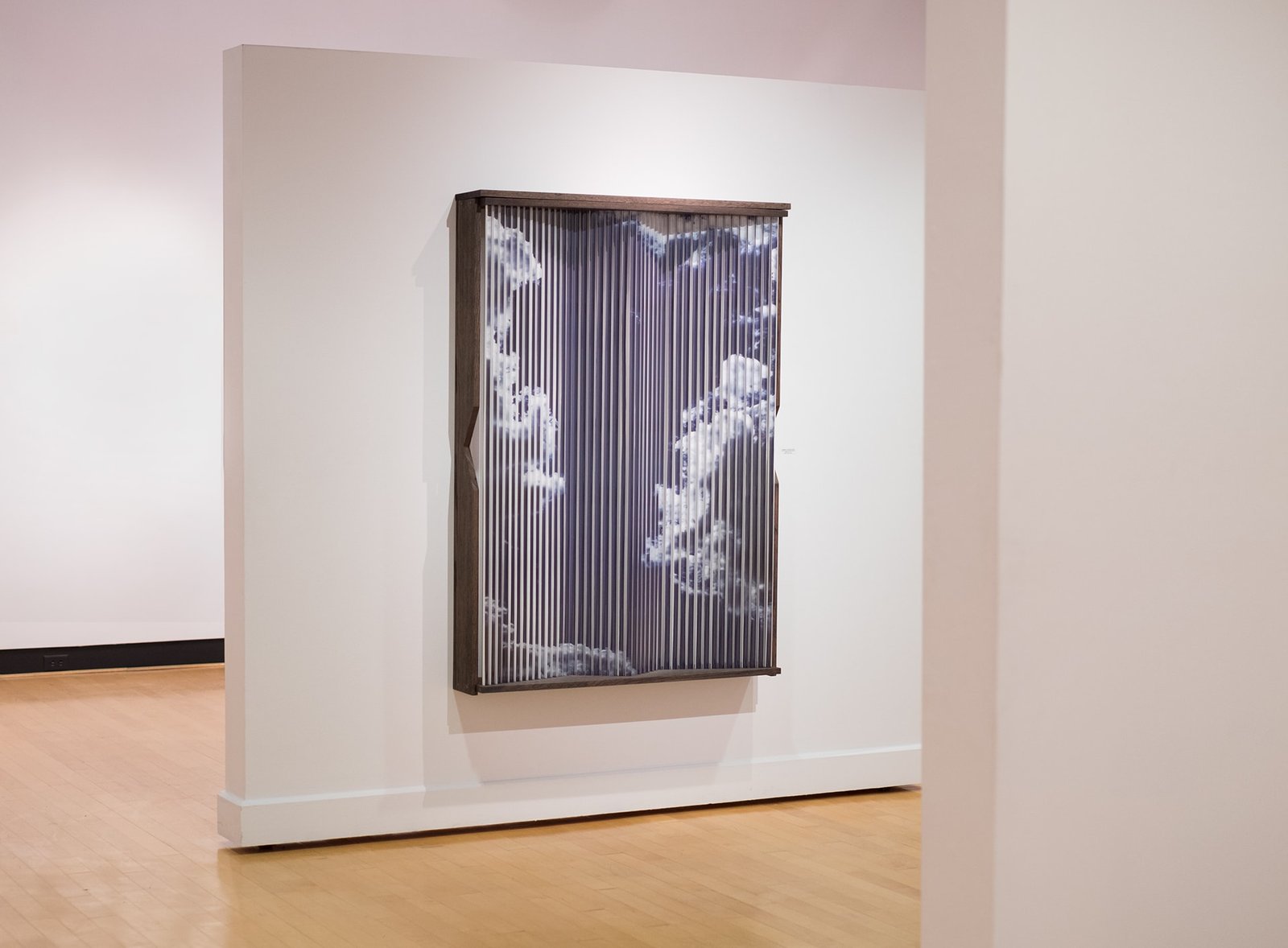 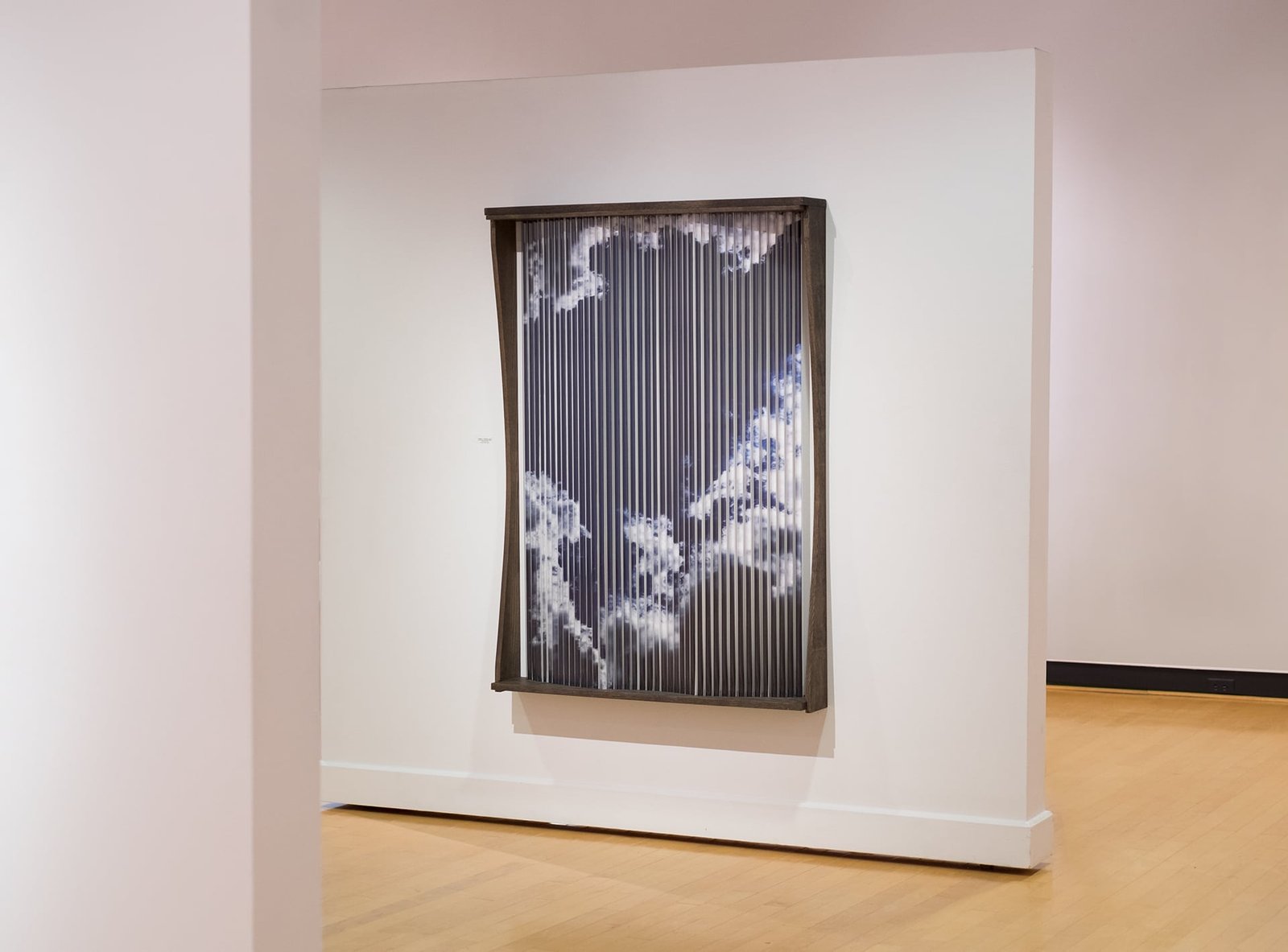 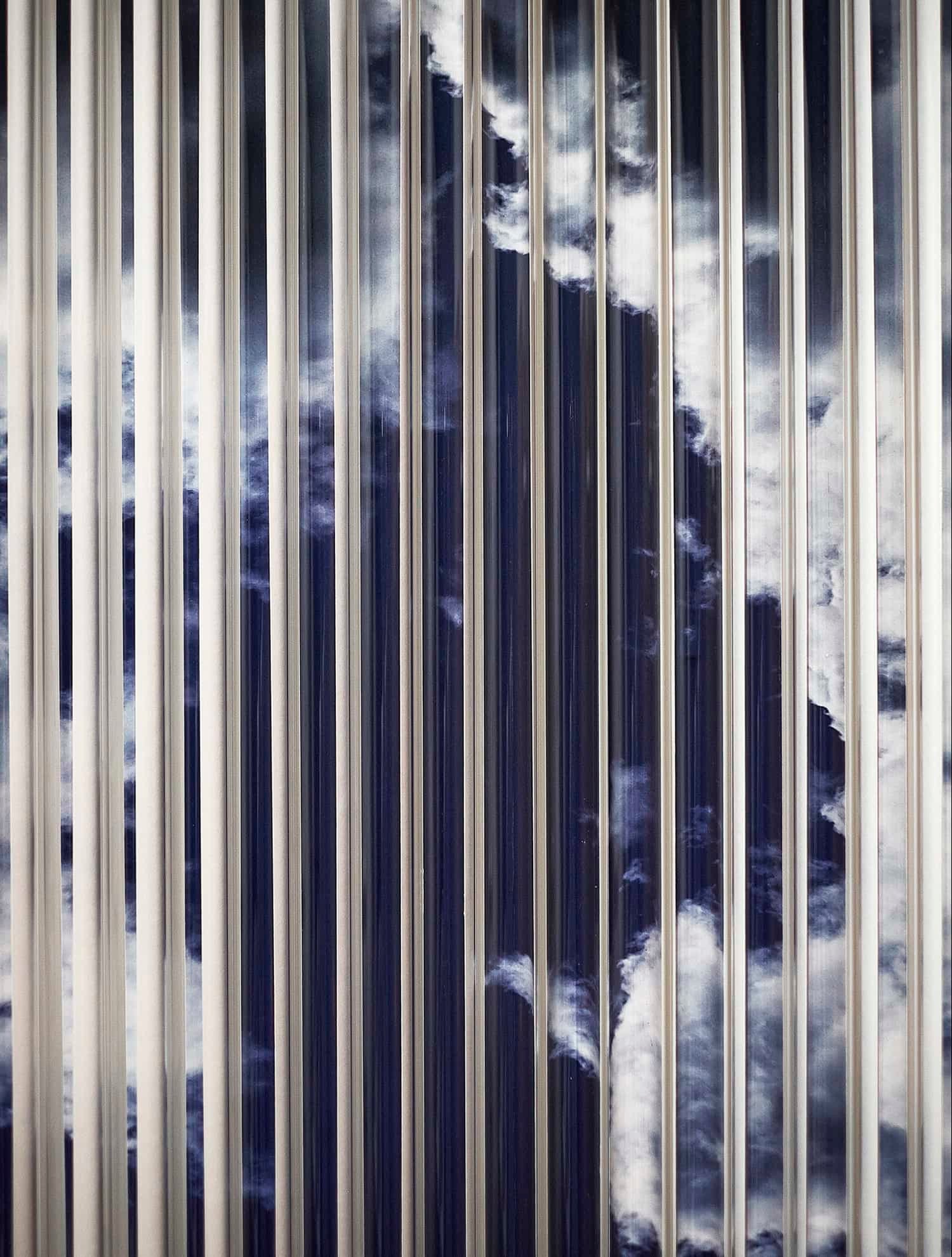